Creating innovative and contemporary sculptures with unique materials, whilst challenging a more traditional form of sculpting. This London-based artist has established an authentic style, heavily influenced by his passion for Sci-Fi memorabilia and fantasy culture, as Naomi Grant discovers.

When studying Pierre Santos’ hand-carved sculptures, you are instantly captivated by the extraordinary level of detail and focus designated to each design. Take ‘The Earl of Lemongrab’ for example, his quirky recreation of a character from the popular cartoon ‘Adventure Time’ is like nothing we’ve ever seen before. Santos embodies the sour expression of a more life-like version of this character: with deep exaggerated carvings imitating frown lines, similar to what we would often see on the facial expression of one who is frustrated or slightly confused - which is typically the general mood of his reference character. Santos effortlessly manages to replicate the ridged textures of a lemon peel for the skin of his model, creating small openings within his clay to create a pore-like finish to his overall product.

Santos “is a free-spirited" sculptor and does not ever have a pre-conceived idea for his pieces before beginning. “I never plan what I create, it is all through my subconscious. However, what I’ve only recently realized is that each of my designs are heavily influenced by my own emotions,” he explains. 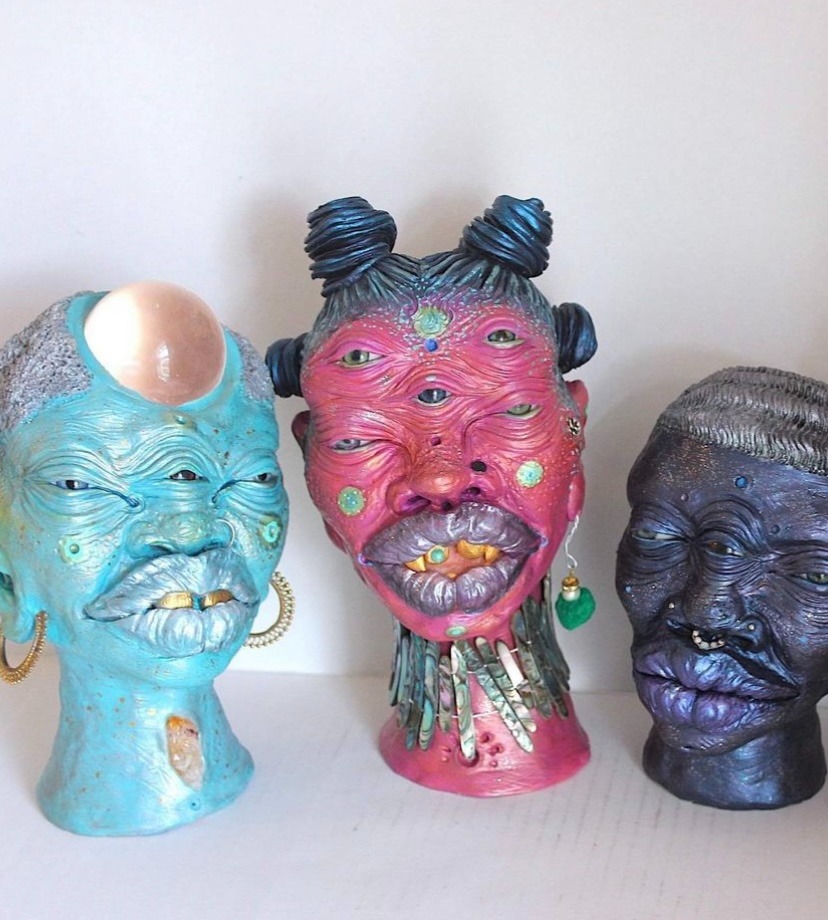 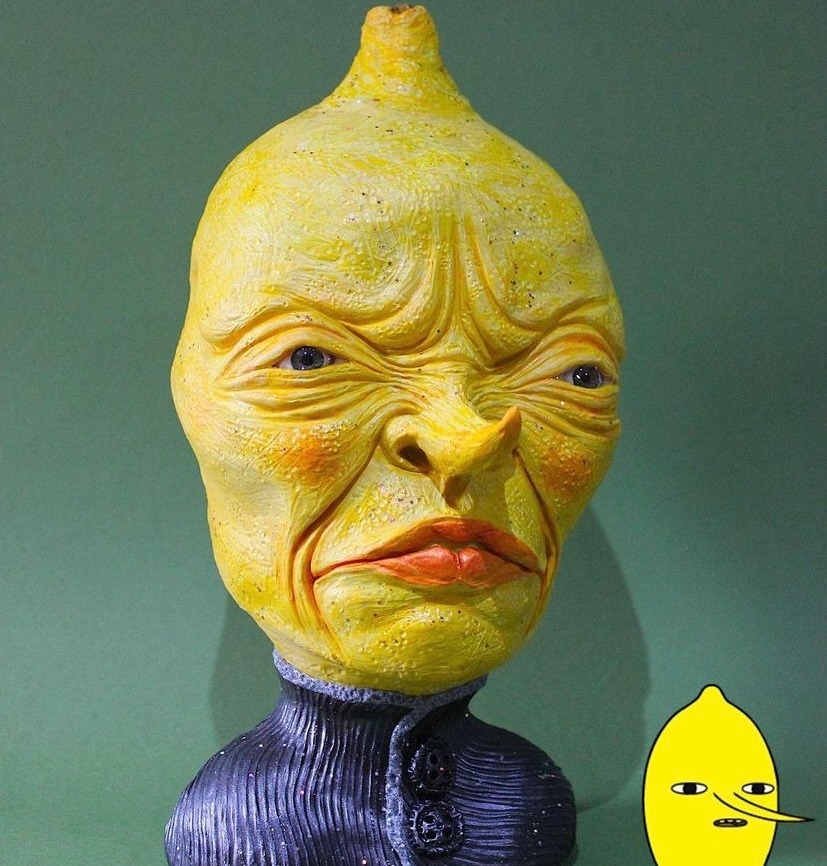 Santos’ intricate and unique carving style creates quite surreal masterpieces and whilst we can agree that his recreations are very lifelike, they also evoke a sense of transcendental and mysticism. His balance of colour within his work is also something to marvel. The layering of colours ultimately exudes a regal essence which compliments the design style well. He frequently uses metallic hues and shades which are often associated with galactic themes and which further assist in adding a majestical element to each of his characters. For instance, Santos’ Martian series titled ‘Orisa’, follows a galaxy themed colour scheme of metallic blue, purple and pink all of which are completed using a glossy silver sheen which provides the final product with a reflective hue.

In addition to Santos’ exceptional choice of colour, he also uses his work to showcase his support and adoration for the facial features of those who do not necessarily fit the European beauty standards. He does this through the adoption of afro-centric features on the characters he creates, for example: larger exaggerated lips and wide nose bridges. Which from a Western perspective is typically not deemed to be desirable.

Throughout Santos’ collection, he also incorporates raw materials such as a wide variety of crystals. Some of the more commonly used crystals throughout his sculptures include rose quartz, citrine, malachite and labradorite: which can be seen adorning the necks, ears and skulls of his Martian sculptures. This modern twist of crystal integration within his art is not only appealing to an eye but also upholds the mystical theme by connecting his work directly to spirituality, which is a trend that has gained a lot of traction recently.

With such a modern aesthetic, it was surprising to learn that the root inspiration of his work is often sought from his understanding and interest in the Hinduism, which is believed to be the world’s oldest religion.

A continuous theme that runs wildly throughout Santos’ collections is the focus and exaggeration of the eyes of his sculptures. More often in most of Santos’ sculptures we see the placement of multiple eyes, which instantly engages his audience, prompting the question of whether there is a deeper meaning or symbolism laying within his pieces. “I enjoy reading up on religions and spirituality and whilst doing this I would constant stumbled on the third eye, in particular the third eye chakra from Hinduism. What I found particularly interesting is how it signifies the subconscious mind revealing insights about the future,”

“Whilst our own eyes can only see the material world, the third eye is believed to reveal insights of the future. Helping people receive messages from different time realms. With this in mind, I decided to take it up to another level where in my world of art, it takes a more palpable form where eyes are seen as a medal, a badge of honour. The more eyes you have represents a hierarchy of how far you have come on your spiritual journey and understanding within yourself, I think as people we are constantly on a journey of self-discovery and I don’t believe it ends in this life or the next,” he further explains.

The process of sculpting, for Santos is more than just a job; it also is an opportunity to release all the struggles and stresses that life can bring about. Santos says: “I treat sculpting as therapy for myself and also as a release. It is important for me to give the viewers the choice to decide where my headspace will be when creating my sculpture pieces.”

The artist currently offers commissions for desired pieces as well as the option to purchase made-to-order sculptures and merchandise, all of which can be accessed through his website.